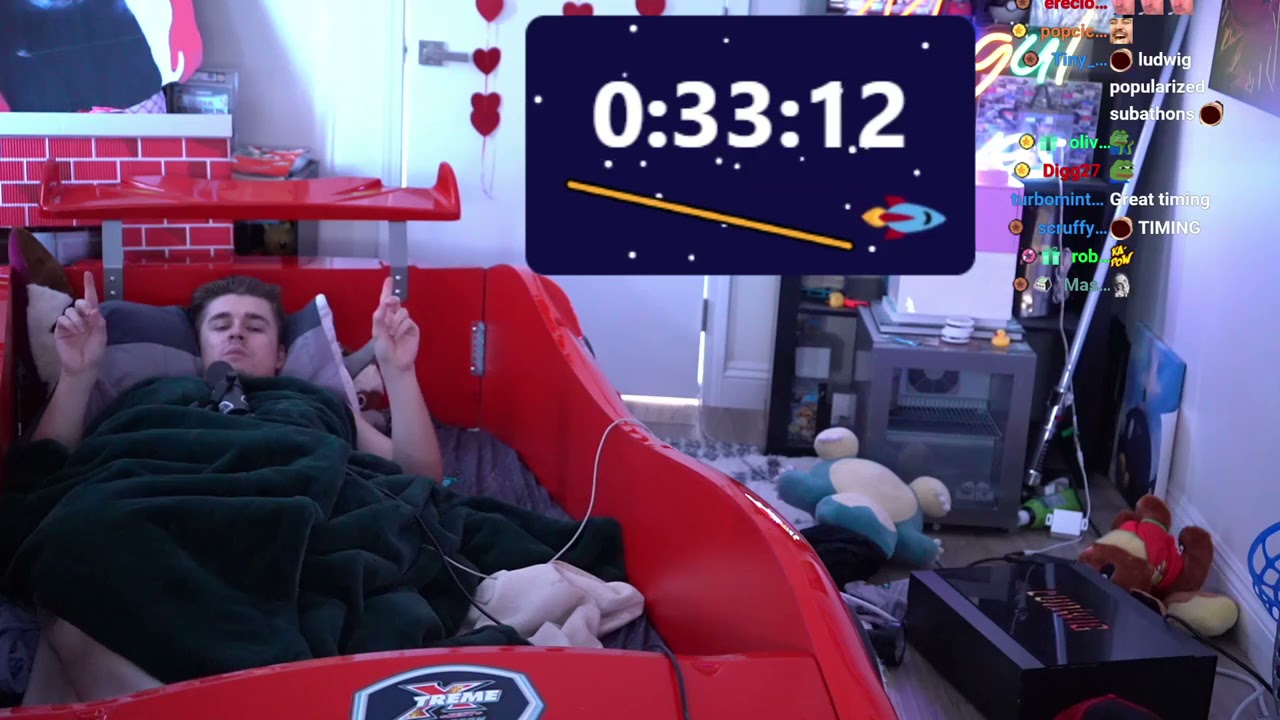 This story about extreme live streaming, boiled down, in 1:32 minutes.

For an entire month straight, popular Twitch streamer Ludwig Ahgren live streamed himself in front of tens of thousands. You may think this was a foolhardy exercise, but it's a fantastic case study of what entertainment means for a new generation.

Twitch is a platform where users can watch live broadcasts of people streaming themselves playing video games, cooking, making music, chilling in hot tubs, and a variety of other activities. Fans can pay for a subscription to their favorite creators which gives them a levy of benefits specific to that creator.

On March 14th, Ludwig started what's called a "subathon" (subscription marathon) in the Twitch community whereas an initial timer is set for the stream's length and every subscription adds 10 seconds to that timer. With preliminary expectations that the stream would only last 24 hours, the stream ended up lasting for an entire month as new subscribers kept piling on - with the supposed goal of a never-ending broadcast. This meant that everything Ludwig did for an entire month was for the world to see, including sleeping and going to the washroom. Out of his own volition, Ludwig ended the stream after 31 days and became the most subscribed streamer on Twitch in the process.

To an outsider looking in, Twitch may seem like a weird place. Who would be interested in watching someone else play video games? Why do millions like watching people just chatting in front of their camera? The fact is, people love Twitch because of the dynamic sense of community. The ability for viewers to directly connect with streamers during the broadcast and interact with each other in real-time through chat means that they have a direct stake on the content itself. The result is a tight-knit group of people with a similar sense of purpose, as well as international fame in Ludwig's case.

Such was the case of Ludwig's subathon, as the community came together to directly affect the content they were consuming with their hard-earned money. You certainly can't do that with a cable TV show.