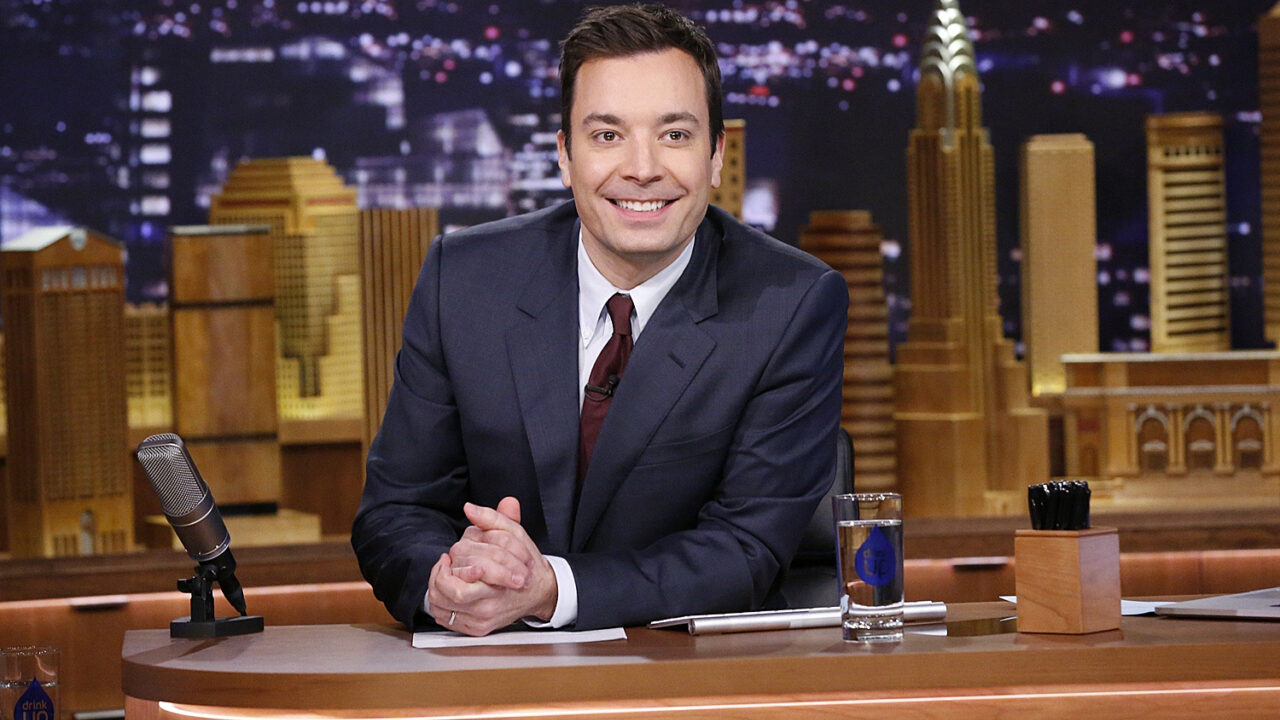 This story about Twitch's mainstream appeal, boiled down, in 1:49 minutes.

The Tonight Show's Jimmy Fallon traded in his desk chair for a gaming chair as he hosted a live session of Among Us with his band and some other famous guests, showing how game streaming is disrupting mainstream media.

Self-professed The Legend of Zelda fan, Jimmy Fallon, is no stranger to bringing video games into the limelight. From showing off the Xbox One all the way back in 2013 to challenging NASCAR drivers to Mario Kart, it seems fitting that out of all the late night hosts he is the first to foray into video game streaming.

Alongside a developer, some of his band, popular influencers, and a few stars from the show Stranger Things, Jimmy hosted a live game of Among Us (a social deduction game) to an online audience of over 125,000 viewers. The stream resulted in $17,000 in donations (one of the main sources of revenue for streamers) going to charity Feeding America with an additional $8,000 being covered by Jimmy himself.

Celebrities have been coming to Twitch in droves to stream games themselves, such as rapper Snoop Dogg and NBA player Karl-Anthony Towns. Not only is Twitch giving these celebrities something to do while they're off the job, but it's a great way for these people to connect with their fanbase directly and in real time.

Sure, Jimmy's stream pulled in an impressive 125,000 viewers, but that doesn't even break the top 100 most concurrently watched live streams despite the star power behind him. With the power of Twitch streamers and influencers arguably at its apex, the veil between old celebrity and new celebrity is blurred more than ever.